The Haroon Lateef memorial golf tournament had attracted one of the biggest fields, which Fiji Golf Club had witnessed after a long time. A record one hundred and sixty (160) starters played in an individual stableford event on Saturday 05th Nov. 2011, which was sponsored by late Haroon’s mates, the ICE Group.
The weather was beautiful and fairways were in top conditions, which were conducive to running ball.
It was a great day to remember one of the best friends!
The Haroon Lateef Memorial trophy for 2011 was won by Eric Shandil, who had scored 46 individual stableford points, which was the best overall score for the tournament.
There were three prizes each for men’s A, B and C grades, while two prizes were awarded to ladies categories.
Ashok Goundar, 42 points won a first prize in A grade on countback from Sanjeshwar Ram. S C Kim, 40 points collected a third prize in the grade.
The men’s B grade was won by Frank Chan, 40 points, while Mervyn Low, 39 points collected a second prize in the grade on countback from FRU CEO, Pio Bosco, who settled for a third prize.
Sanjay Singh, 43 points collected a first prize in men’s C grade. The second prize in the grade was won by William Parkinson, 41 points on countback from Ho Hon Yam.
Margret Browne, 37 points and Kamini Singh, 36 points collected a prize each for winning Ladies divisions one and two, respectively.
In addition, there were nearest-to-pin prizes for all four Par 3 holes. They were won by Cecil Browne, Marika Vada, Adish Naidu and Vijay Goundar on second, fifth, twelfth and sixteenth holes, respectively.
Furthermore, a prize each was awarded to overall best gross and professional division winners. Respectively, they were won by Pravish Punja, who played 4 over, 76 and Tomasi Tuivuna, who played one under, 71.
The sponsors catered a cocktail during the prize giving.
The ICE Group had confirmed their sponsorship of the Haroon Lateef Memorial Trophy tournament again in 2012.
And the prize giving............................................... 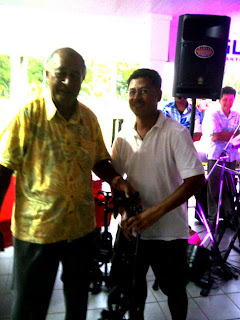 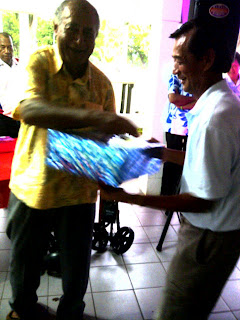 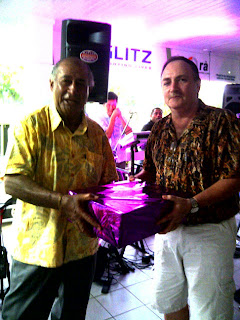 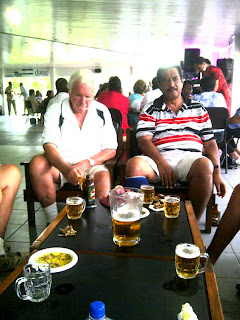 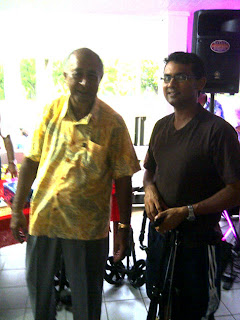 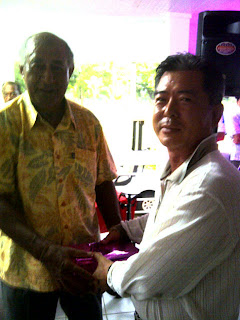 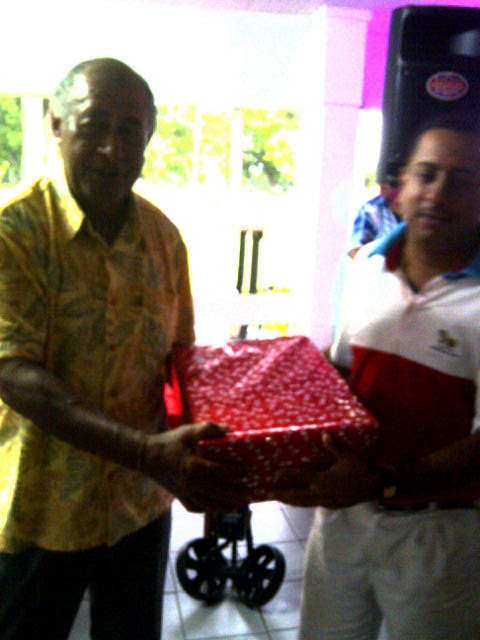